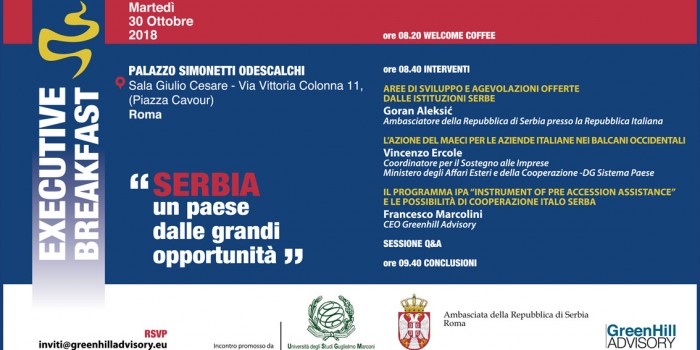 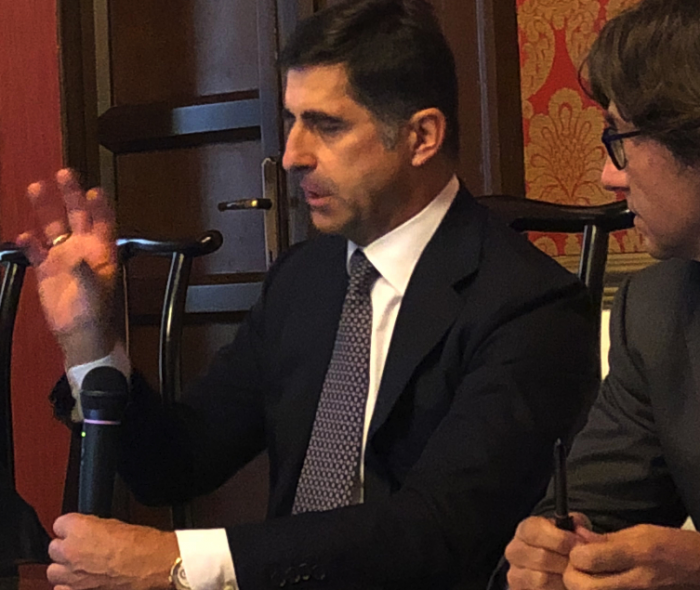 Mr. Vincenzo Ercole has drawn the attention of entrepreneurs on the Italian strategic interest for the central Balkan countries (Italy has indeed promoted the summit of Trieste 2017), in which Serbia is an important player. The Serbian Ambassador illustrated the steady growth situation of his country (at 4.8% compared to the same period of the previous year), which is among the nations that boast an increase in the ICT sector of 20% per year and it is the leading economic area (among other things, the Serbian digital agenda, which is strong in the creation of apps and clouds, foresees soon the abolition of roaming). There is a strategic agreement with Italy and Serbia has an incredibly wide open market (around 800 million people), with 14 free zones, which allow duty-free exports to Belarus, Kazakhistan, Russia and others Countries with which Serbia has signed important export exemption agreements. In Serbia there is an excellent quality/price ratio for the low cost of labor and there are many Italian companies that have already opened in that country, which has a 20% tax and a 15% tax on profits: now micro and SMEs, interested in the automotive sectors, clothes, metal products, shoes, yarns and fabrics have opportunities to invest in Serbia. There are, therefore, clear reasons for developing the business from Italy and for facilitating the importation of equipment, not least because Serbia has established business alliances with the United States but also with Turkey, for free trade. 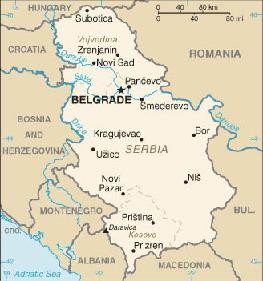 Italian companies that decide to invest in Serbia must know that they can hold 51% of the shares in Italian hands, as already recognized by the other countries of the Union, without having to surrender the majority to the local capital.
The CEO of Greenhill Advisory, Mr. Francesco Marcolini, informed the attendees of the instruments of IPA (Instrument of Preaccession Assistance), reserved until 2020 by the EU to the nations that have, like Serbia, the negotiations for the pre-accession to the European Union, which are formidable incentives for companies in Italy that are offered by the Serbian Government, in addition to funding for infrastructure or services provided by the IPA European Program and the awarding of tenders through international calls not easily identified with the usual self-made research in the web.
The IPA funds indeed, destined in the near future to be replaced by the c.d. Structural Funds (once there Serbia has been formal entry into the EU), represent formidable opportunities for the local entrepreneur to access, in an indirect way (i.e. through the Serbian institutions), to the various forms of cross-border cooperation. Moreover, IPA also allocates funds in favor of WBIF (i.e. the Western Balkan Investment Framework), which - in agreement with the EU and international financial institutions, as well as unilateral donations (including those of the Italian government and Western Balkan countries) - subsidizes works in the energy, environment, transport, private sector development sectors, financing infrastructure projects and investments. With the IPA 2018 funds, the EU has substantially increased Serbia's budget allocation.

Same and Simest - which are part of 'Cassa Depositi e Prestiti Group' and which propose tailor-made financial solutions to over 20,000 then in over 198 countries and which ensures credit and liquidity in cross-border transactions, including through bank loans at favorable conditions and request by the private individual, they can take part in shareholdings in the share capital on a temporary basis and with a minority share, up to 49% of the investee company, with Fondo Venture Capital (FVC) - they can be an integral part of the support to Italian companies wishing to be present as protagonists on the Serbian market (where already 15% of investments are active).
The President of the Economic Development Commission (11th) of the Lazio Regional Council, Massimiliano Maselli, has finally announced that a first call for proposals to promote internationalization (after that one of 2012) and for the second call for 'network contracts' in order to allow micro/SMEs to find sufficient resources to face the challenges of foreign markets.